FuchsiaR
Gardens
Comments Off on The Highs and Lows of Spring

The high and lows at the start of this year have been personal and weather based. Winter was rather good to us here. It was cold enough to kill lots of bugs but was nothing like as wet or windy as my previous two winters. So Spring started well.

My first plant in flower is almost always a stunning Japanese Prunus mume ‘Beni-Chidori’ which has deep pink, highly scented, flowers that spring directly from the dark stems in February.

It was fabulous this year and was followed shortly by the three Daphnes (which flowered properly for the first time), the snowdrops, Helebores (below), daffodils and early flowering Arabis ‘Little Treasure Pink’ by the edge of the pond.

Then my newly (last Autumn) planted small flowered Clematis along the difficult rose arches bed came good (C. Alpina Frankie’ and C. macropetala ‘Wesselton’) as did the one on the oil tank trellis (C. macropetala ‘Propertius’).

The “smaller flowered plants” planting plan in my difficult border has gone quite well. The little Chionodoxa ‘Lucilae’ were charming very early on and are now followed by the Anemone ‘De Caen Blue’.

In April the temperatures soared and we had uncommonly high ones (27 degrees in the sun one day – which is basically a very good Summer temperature here) and everything got very excited and came into bud.

The tulips were magnificent (more about one of them later) but we had no rain for about four weeks so I was watering where needs be.

So Spring was looking good – as were my Wisteria. One of things I am proudest of in my new garden is that I managed to get the existing Wisterias at the front to flower the first year after I was here (they hadn’t before). They just needed a proper prune. They have been good for the last two Springs but this year the flower buds were massively abundant. This is what they looked like around mid April – I was so excited and looking forward to a fabulous display.

I have three younger ones on the rose arch parade too and they were also in amazing bud – so it was going to be Wisteria heaven chez moi this Spring.

But then, on the nights of 24thth and 25thth of April everything changed and we had overnight frosts and cold winds. It went down to -3 degrees plus the wind chill factor. I awoke to a white lawn but wasn’t overly worried because my outside plants are hardy (officially to -5 or more) and I’d put all the geraniums and pelargoniums etc back into the greenhouse.

But then I saw the Wisterias with their “oh so promising” buds flopping like dead things in the light wind. I walked the garden – the Dicentra were drooping, a new rose stem was doing the same, young leaves on the multi-stemmed Circis Siliquastrum (Judas tree) and some of the Acers were “burned”, and the Camelias were totally finished off. The catalogue of plant misery was too much to burden you with (if you are of a sensitive disposition) but suffice to say it was devastating.

On the upside some things seem to have brazened it out. The tulips have recovered, the roses are mostly fine. healthily in bud with some just coming into flower, the Geums have weathered the storm with impunity and once again are in blazing flower. Even my somewhat tender Pittosporums and some of the Acers seem to have ignored the shocking freeze.

And despite the general drought most things continue to flourish.

Please feel free to continue on reading the original article, The Highs and Lows of Spring, from Rosies Back Garden 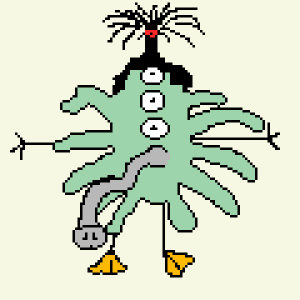